“Pura Vida amigo!”, beams our local bus driver as we’re dropped off into the scorching heat and gleaming beaches of mid-March in Quepos.

About a week beforehand, I wouldn’t have been able to tell you whether he was poking fun at my sun burnt, blood-red shoulders or asking me out on a date but it’s amazing how quickly I adopted this simple friendly term that Costa Ricans swear by.

“Gracias amigo, pura vida!!” I enthusiastically shout back, knowing that today, like every day in Costa Rica, is going to be a great one.

What Does Pura Vida Actually Mean?

Pura Vida is Costa Rica’s most often used phrase. Literally translating into ‘pure life’, it’s a welcoming expression urging people to Carpe Diem the sh*t out of every moment. It’s Pura Vida that makes Costa Ricans so friendly, so approachable, so down to Earth and so infectiously happy. 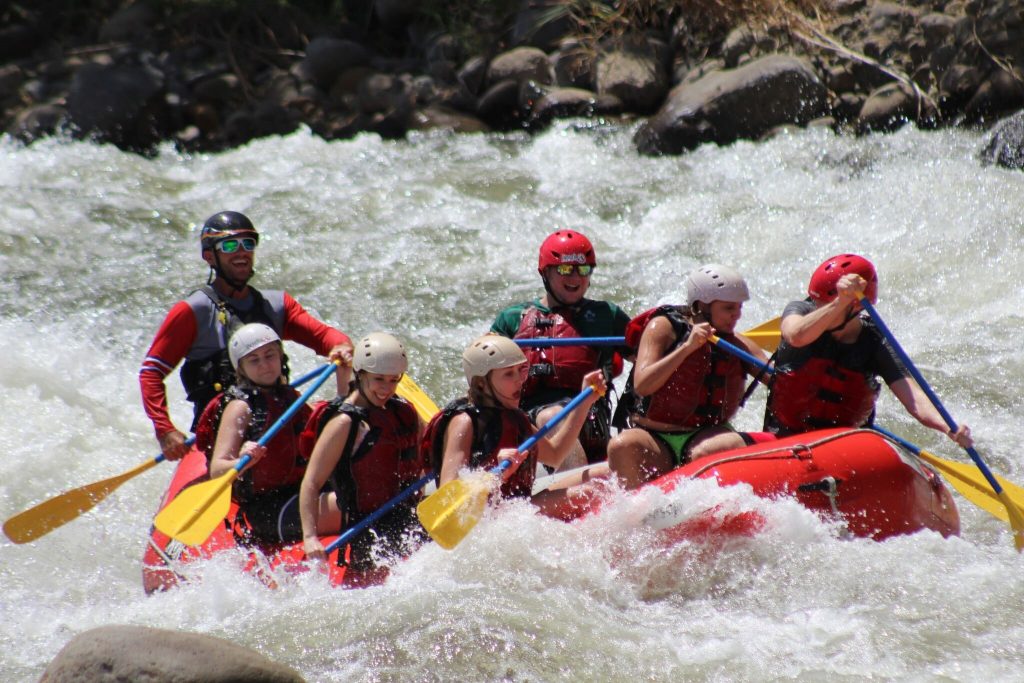 It’s not just a ‘what’s the craic’ type of term but something which each and every Costa Rican has a deep connection to and understanding of. Pura Vida has become a fundamental blueprint in how to live a happy life and be grateful for what you have, not what you don’t.

Living ‘Pura Vida’ promotes empathy and perspective to the people you share your land with. It’s the constant awareness of how lucky you are to have what you have and a stark reminder of how things could be much worse no matter what your situation may be.

Costa Rica is by absolutely no means an underdeveloped country but here the people almost universally hold the simpler pleasures in life above material goods, and it’s so refreshing.

Wifi is plentiful if somewhat sketchy in places outside San Jose, Ford Mustang’s screech and growl through the streets of the capital and several dozen six-figure yachts line the Quepos marina. The difference is, in Costa Rica none of these things that more wealthy people tend to own have any impact on how you view others in society or how society views you. You’re just as likely to receive a hearty Pura Vida from an international coffee tycoon as you are a local seller at a market. Pura Vida in Costa Rica seems to completely transcend social classes, that can only be a good thing.

People connect on such a regular basis by this philosophical code that I found myself striking up conversations (in English, or very basic Spanish/gibberish) with strangers without a moment’s hesitation and each time it was immediately reciprocated with a smile. Even when neither of us understood the other! Even as ‘an outsider’ you immediately feel a part of the fabric of the country, if only for my two week stay.

You don’t need me to go into any great detail about Costa Rica’s wildlife to know that it’s special. It’s up there with Botswana, Australia, Canada and Brazil as a nature lover’s dream destinations, if not eclipsing them. 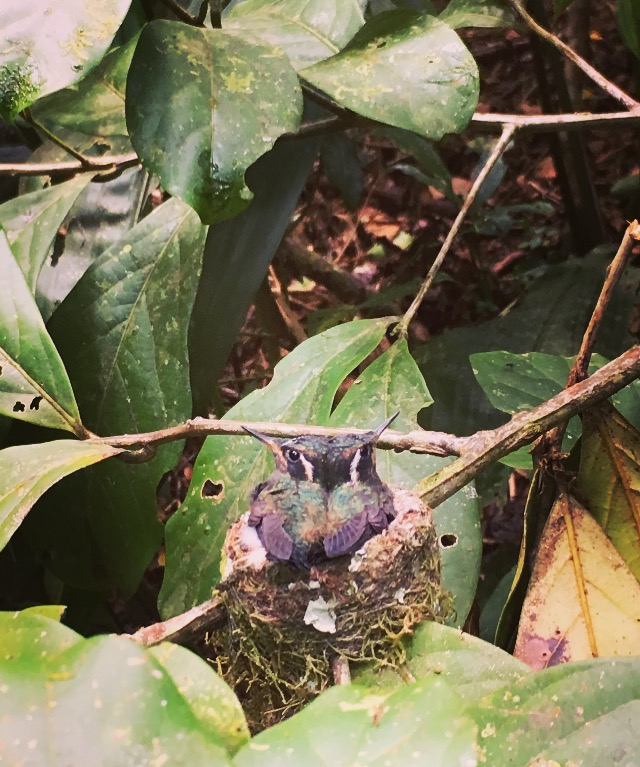 One of the biggest reasons Costa Rica had topped my Bucket List in 2017 was their collective drive in sustaining, nurturing and taking care of the creatures and landscapes they share their lives with. When you live Pura Vida, you live alongside nature, not in opposition to it. This understanding permeates from young children playing with coatis (an adorable and friendly little raccoon like mammal only found in Central America) in their back garden, to the offices of government who have preserved 70% of the country as National Parks. 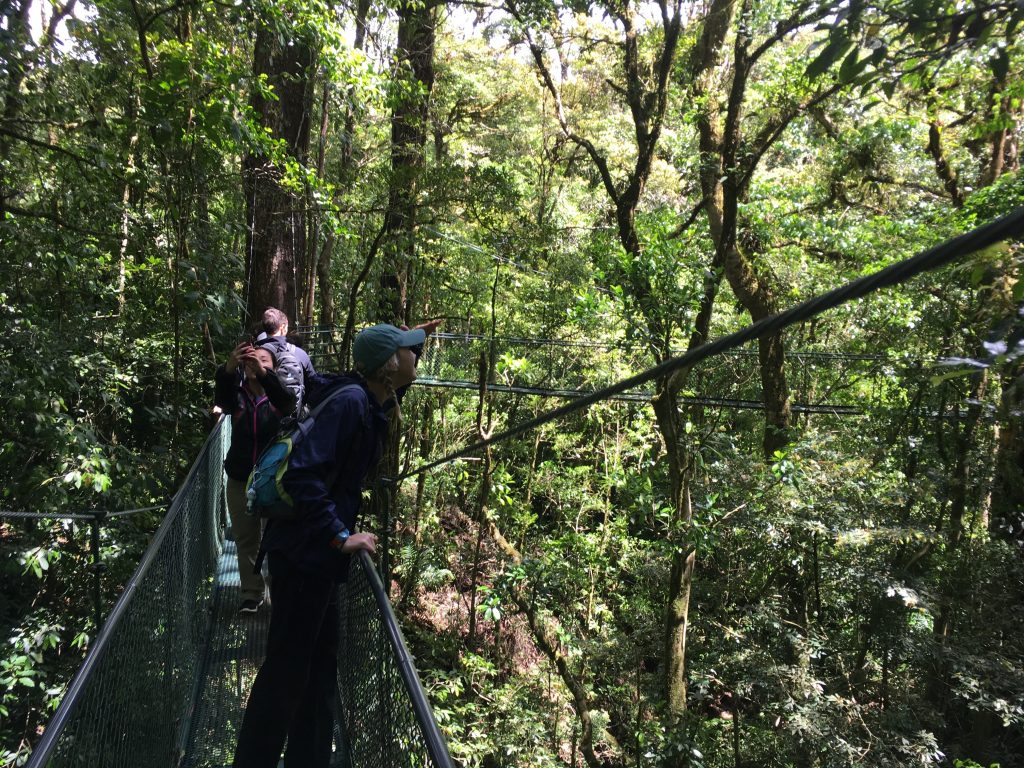 Pura Vida is an understanding that you won’t harm nature unless out of absolute necessity. That you always act responsibly and morally when you come into contact with nature and for the more dangerous species that live in Costa Rica, that you leave them the hell alone to do their thing!

During my two weeks in Costa Rica, we encountered 20-25 locals, working alongside their natural resources and loving every minute of their jobs. Whether that be my guide to Tortuguero, Herman, who had been showing off the oasis to visitors for 30 years or professional adrenalin junkie, Jorge who tried his best to scare the crap out of us while white water rafting, you could tangibly feel the pride of their country radiating from their every pore.

Being Irish, it’s probably something a lot of us can relate to but the fact the source of their pride comes from their landscapes, climates and wildlife makes it seem that bit more special. Speaking with these guys for any length of time and my mind kept returning to Avatar and how the indigenous populations on Pandora held a tangible connection to their land (Eywa). It’s not that they go around sharing jokes with trees, but they’re never shy to appreciate and promote what Costa Rica is arguably most famous for.

Ready To Experience Pura Vida in 2017?

Take a Costa Rica Quest like I did from €735. Get up to 34% of Costa Rica’s Natural Highlights Tour. Spend an entire two weeks exploring the Best of Costa Rica from €1,241 or drop us a line info@usit.ie and let us tailor the perfect adventure for you!