Just when you think you’ve mapped out everywhere you need to visit before you kick the bucket. Our newest addition is one we can’t stop staring at… 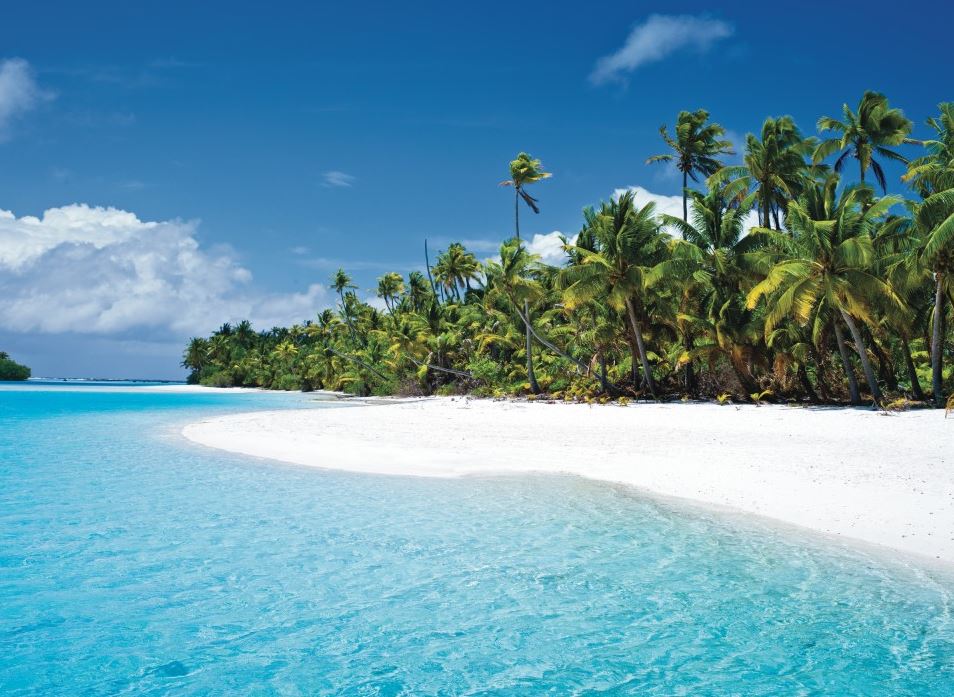 Introducing the most impossibly beautiful, tranquil and peaceful place you’ve never heard of – Aitutaki Lagoon in the Cook Islands (pronounced eye-TOO-tack-ee). It’s a desktop screensaver on steroids which hasn’t gone through eighteen version edits in Photoshop.

The problem with being beautiful…

What do Ubud, Cancun, Phi Phi, the Maldives and the Bahamas all have in common? Yes, there’s the obvious jaw-dropping beauty but it’s given rise to a problem.

More often than not you’ll need to be up very early to see it without hordes of tourists lining the beaches, creating aquatic traffic jams and swinging selfie sticks alarmingly close

to one’s head. The beauty is still there, but at times it’s gets masked by an injection of the chaotic environments we are trying to escape from!

Anyone who’s been waiting to disembark on Maya Bay due to the sheer number of boats present will appreciate that it can negatively impact the vibe (Although nowhere near enough to warrant skipping it!).

The Cook Islands does not have this problem.

The Cook Islands in 30 seconds

This tropical oasis is made up of 15 islands scattered hidden in the South Pacific, a four-hour flight from Auckland, six from Sydney or nine from LA. Those who travel further, travel better.

10,000 of the 16,000 indigenous population of the Cook Islands live in Rarotonga, the capital and primary international hub to welcome visitors. This isn’t the final stop, however. Made the most of being in this vast and remote part of the world by making a further 50-minute flight North…to the crown jewel – Aitutaki Lagoon

Aitutaki Lagoon is so breathtaking it’s almost an optical illusion but unlike the ‘What Colour Is The Dress’ phenomenon (yeah, remember that?), there is no disputing the results..

This place would have Robinson Crusoe, Chuck Noland (Tom Hanks), and Richard (Leo Di Caprio) doing double takes. The sea lazily laps the shoreline, gleaming the most brilliant blue. The white sand looks untouched for millennia and to all intents and purposes it has.

Schools of fish from the brilliant and brightly coloured to the territorial trevally (they’re huge) lack any fear of human interaction but their curiosity (and novelty) of mooring boats creates explosive perimeters of life.

The Aitutaki Atoll itself is coincidentally made up of 15 islets itself. An islet? You guessed it. A piece of land too small to be considered an island. Don’t worry though, much as I’m sure you’d prefer to, you don’t have to sleep on the beach as a small number of luxurious resorts blend into their surroundings seamlessly. Construction can be a swift way to diminish the natural beauty of a place but in the case of Aitutkai’s and its resorts, they almost look as if they just appeared there out of the tropical undergrowth.

How To Fit Aitutaki Into Your Bucket Without Damaging It?

The Aitutaki atoll is precious and we are more aware than most, that increasing it’s profile here is likely going to contribute to more and more visitors somewhere down the line. What we would say is that a visit to the Cook Islands is as pleasurable an experience interacting with the locals as it is with your surroundings.

Life on the Cook Islands is more simplistic and the locals seem to wake up each day beaming with pride, gratitude, and love for everyone they come into contact with (they might be onto something as I type this sitting in an office in a city of a million plus inhabitants).

There are two ways to visit the world’s most beautiful lagoon and in doing so you’ll probably become one of the first Irishmen and women who’ve set foot on it (pretty cool in itself).

Spending a year or two in Australia, New Zealand or the US West Coast? The Cook Islands is now very much in play with return flights possible from less than €250.

If You’re Doing a Round The World, Do It Right!

Did you know USIT book more Irish people on RTW tickets than anyone else? It’s a great way to get to see the Cook Islands, saving hundreds on fares in the process and especially when we’ve gone ahead and made the perfect itinerary to do just that! 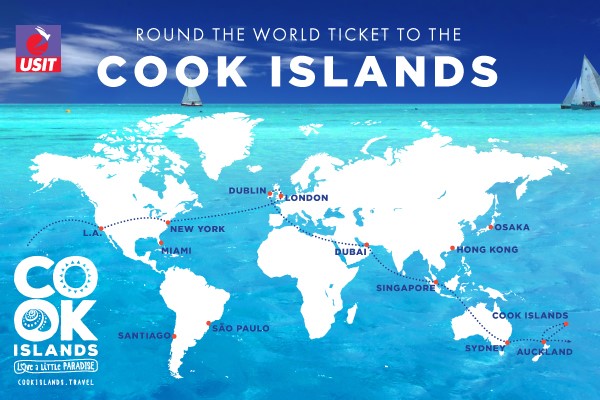 Each of Round the World Itineraries is inspired by popular movies and films. Considering you’ll be stopping by in the Cook Islands, as well as some of the best cities in the world for food, we give you The Masterchef fr €2,675.

Why dream when you can make this happen? Enquire online about our Round the World options or better still give us a call (01) 602 1600, email info@usit.ie or drop into any of our stores nationwide!