Amy’s Guide to Moving to Australia

Flights and Visas for Australia

The first thing we needed to do when we decided we were going to make the big move was research the cost of flights and visas and see how much we needed to save in order to do it. The first thing we did was contact a travel agent, we chose USIT. We went to the USIT office in Limerick and I have to say they were brilliant. They were offering a package at the time for people moving to Australia to work and travel. This package included:

USIT Helped to Make the Move to Australia Easier

We were also able to pay this in instalments over a few months which was brilliant as we were working hard to save at the time. Of course you can sort all of these things without using a travel agent but for us we hadn’t a clue where to start and USIT were brilliant for answering any questions or queries we had. It just made things way easier.

As a nurse planning on working in the health care system in Australia, I was required to get medical clearance before my visa would be granted. This is not included in the price I mentioned above but USIT gave me all the information I needed to get it sorted myself. It is kind of tricky booking your medical as there are only two centres that the Australian Government have approved to do this in Ireland, one in Cork and one in Dublin. It cost me approximately €400 at the time but don’t quote me on that as prices can change! So nurses, be prepared for that extra expense and give yourself a bit of extra time for your visa to be granted after you have your medical

Deciding Where You Want to Live

We didn’t really have anyone close to us living in Australia when we first moved, so we were fairly at a loss for where to live. We just decided on Sydney on a whim to be honest. We just felt that it was a big city and had heard there were lots of Irish there… and yes we were right. We lived in Bondi Junction, Sydney for seven months in total before doing our regional work and then moving onto Melbourne. It wasn’t until we moved to Melbourne and settled here that we realised, while we loved the friends we made in Sydney and the jobs we had, we had been living in the totally wrong place for us.

We don’t know what it is but from the moment we got to Melbourne, it felt like home. Sydney is a great place but it just wasn’t for us, it’s a very big city and I guess we feel Melbourne is a bit more relaxed and laid back. So my advice is to be open to where you live, different cities suit different people, Sydney is fast-paced with beautiful beaches whereas Melbourne has its cute coffee shops and laid back atmosphere. So don’t be disheartened if you move over and don’t love the first place you live.. not everyone is gonna get it on the first go.

You have a few different options when finding somewhere to live. We booked a room in a hostel for 10 days when we first moved over to Sydney and actually ended up cancelling it as we were very lucky and found somewhere to live the day we got there. Of course, this doesn’t always happen.

The first thing we did was join the Facebook group “Irish Around Sydney”, there is one for most cities, Irish Around Melbourne ect. On these pages you’ll find plenty of people looking to fill rooms in the appartments they are already living in or looking for people to take over their lease. This is how we found our apartment in Bondi, living with an Irish couple and an English girl and felt it was a great way to get to know people and make friends but I’ll get to that later.

When we moved to Melbourne we wanted to get our own apartment after being on the farm and travelling for a few months. This definitely can take longer and most places that you rent from a real estate Agency come unfurnished so it was a bit more hassle than when we moved to Sydney. We were lucky we had friends living in Melbourne that we stayed with while looking for an apartment but it is a lot of viewings, forms and once you get one you’ll need to furnish it. It’s definitely doable but just be aware that it may take a bit longer to find a place.

If you want to go down this route there are plenty of websites such as domain.com.au and realestate.com.au. Make sure you also fill out a “1form”. It’s a general online rental application form that most real estate agencies require when you are applying so I would recommend having this filled out in advance so you won’t have a delay in applying for an apartment you like.

As a nurse, I was able to join an agency and had already met with a recruiter from Alliance Health/Belmore Nurses before moving over. Any nurses reading this see my “Tips for Nursing in Australia” blog post for more information.

My boyfriend isn’t a nurse so he was starting from scratch when he first came over. He made accounts and added his resume to websites such as seek.com.au and indeed.com and applied for jobs through these websites. On these sites are jobs for every career out there so get applying once you move over. Also again the facebook groups “Irish Around Sydney/Melbourne” always have posts going up for positions to be filled in certain job areas so keep your eye on these groups too!

I know this sounds a little silly but whether you are coming on your own, with your partner or a big group of gals or boys you have just travelled thousands of miles from all of your home comforts and left your loved ones… it can get a little lonely. It’s really important to make an effort to go out and meet new people in your chosen area.

When we first came over we moved into an apartment with an Irish couple and an English girl who had advertised the room on Facebook. They were so lovely to us an introduced us to their friends and all of a sudden we had a lovely little friend group in Sydney. We were really lucky we met such a great bunch! We are still friends with them a year and a half later so I would definitely recommend doing shared living when you first come over as it is a great way to get to know people in the same situation as you.

There are also plenty of GAA clubs in Australia where all the Irish come together to share their love of GAA and the sesh. I was never much of a sports woman myself. But some of my friends have made great pals through the GAA clubs over here. 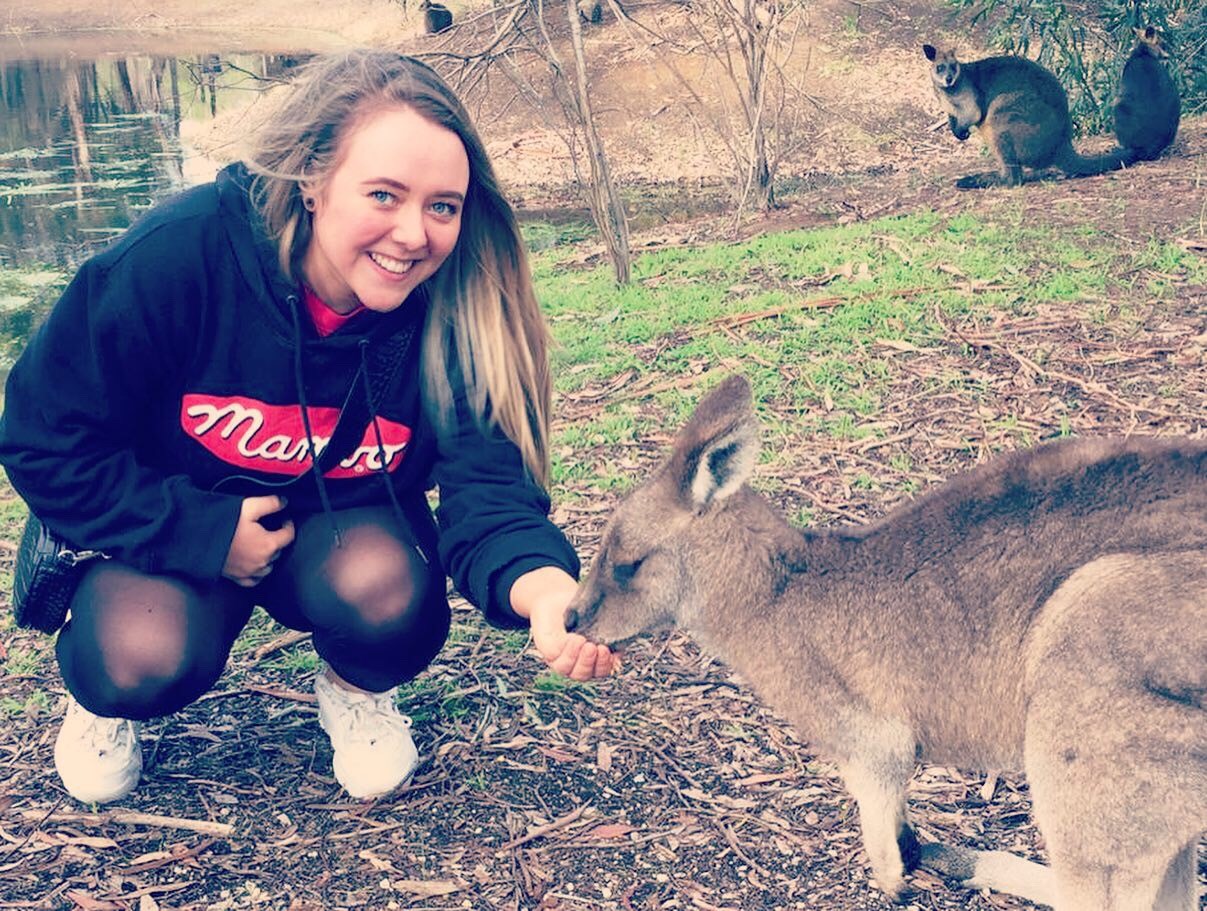 Don’t be Hard on Yourself

We are obviously so lucky to have been able to move to Australia and count our blessings every day that we had that opportunity, but while everyone at home thinks you are on a permanent holiday (don’t be fooled, you’re not) realistically you are working hard and leading a normal life for the most part… just at the other side of the world. It can be really hard, especially at the start.. things can feel slow and it can be very overwhelming.

Sometimes it’s like taking one step forward and two steps back. But if you’ve made the effort to come over here, give it a good shot. If you don’t like the job you are in, take the chance and change it. If you don’t like where you’ve chosen to live, move! If you still don’t like it and it’s just not for you, you can book the next flight home, but first, make sure you’ve given yourself a chance to settle before you make any big decisions. You’ve worked hard to move to Australia so enjoy and make the most of it… then you can’t say you never gave it a try!

For more of Amy’s tips on moving to Australia, check out her blog here.