From J1 to Grad Visa: Why Harry Keeps Living the American Dream

Harry Johnson has just arrived in California on his 12-month grad visa. Check out his story about how his summer J1 in San Francisco left him wanting more!

After an unforgettable summer J1 in New York in 2017, I knew it was something I had to do again. You may have heard friends talking about their J1s and I thought that it sounded like a lot of fun but also you could think that it may be too much planning or effort but once you put in that initial work to find a job, it all becomes worth it.

I had previously worked at Northport Yacht Club on Long Island and started exploring similar options on the West Coast. My search led me to California and more specifically, San Francisco. I ended up getting hired at Richmond Yacht Club in the North East of the bay. I loved working there and would get to be on the water every day, it was a dream! 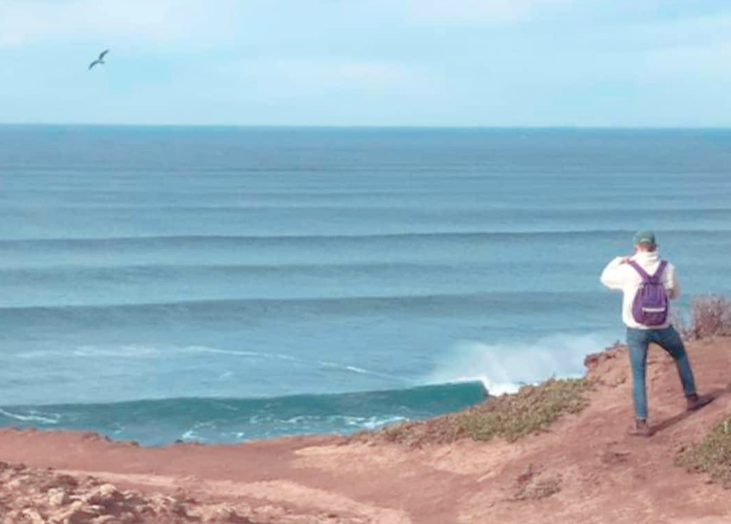 Getting “Set Up” in The USA

Luckily, I already had an SSN from my previous J1 in New York. As I recall, the process was fairly straightforward though. All you need to do is go to your local social security office where you bring all the same documentation that you will have needed for the embassy interview and airport immigration. Within about a week you will have it in the post. You can start working before you have it but will not be paid until your employer has it; you can be back paid for all hours worked before you had an SSN.

The “East Bay” as an area is definitely the best place for Irish students on a J1 to find accommodation. It is much more affordable than the city itself and is home to Berkeley, Oakland, Richmond and lots of other small towns. Berkeley is just 30 minutes from the city by Bart (like the Dart) or even less by the Tideline ferry. Berkeley is also home to Cal Berkeley which is the main university in the SF bay area so as a result there are lots of cafes, restaurants, bars, thrift stores, etc aimed at students.

I soon realized I would need a car to commute to work as the Richmond Yacht Club was not that close to a Bart Station. With that said, there has since been a ferry terminal put in right beside it so anyone living in the city could get there that way. I looked online and ended up finding “Vicky”, my 1989 Volvo 240 DL. She never gave me any trouble and I ended up selling her for a profit.

I had set up a Chase Bank checking account while on my East Coast J1 in 2017 as that is the bank that is most prevalent there. I set up a Wells Fargo checking account this summer in California for the same reason. It is best to set up an account at a bank that has lots of branches and ATMs nearby as US banks often charge a fee for cash withdrawals at ATMs that are not their own. 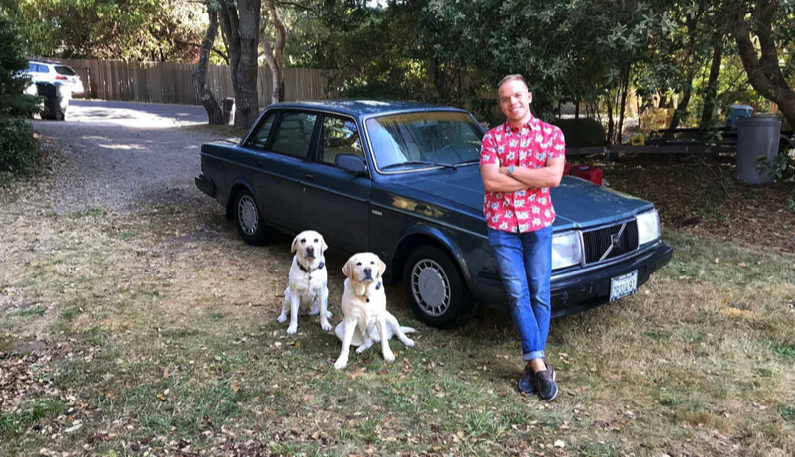 It was amazing traveling around different parts of California and the East Coast during my summer there. I met some incredible people and saw some beautiful places. Here are a few of the adventures I had while in the US:

This was one of the best things I did while in the US. Lake Tahoe is about a 4-hour drive north of SF Bay which is well worth it, it was one of the best places I’ve ever been! It is an alpine lake surrounded by snow-peaked mountains with water clear enough to see the bottom even at 10+ meters deep. The water is cold relative to the Californian ocean but a lot warmer than the Irish sea.

I do a fair bit of wakeboarding back in Ireland so picked up handily enough but there are people going out in rings and water-skiing too! There are loads of very casual waterside bars and restaurants where you can dock boats and stroll in for lunch in your wet shorts. We also went rafting down the Truckee River while up in Tahoe which is a must also. It is a very relaxed version of white water rafting which I highly recommend and is a great alternative to wake surfing if you don’t have access to a boat. 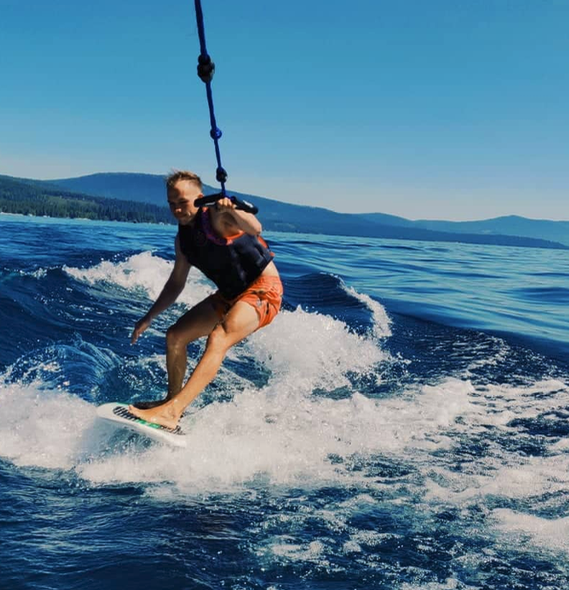 Before moving out to San Francisco for the summer, I set myself the goal of running the SF half marathon. It took a lot of training but was one of the most rewarding things I’ve done. I was especially happy to have raised over €1300 for the Irish Cancer Society as well as completing it in under 100 minutes which was my goal. You can do it at any pace and is one of the most scenic runs in the world by all accounts, although not the flattest! The first half, which I did, is all along the coast with views out over the various bridges and coastline.

The beauty of a J1 is that you end up doing so many things that are completely unexpected. I can’t say I have ever had much ambition or interest in learning to ride but ended up really enjoying it. I’m definitely no expert but I’ll probably keep it up when I get back to Ireland. I’ve attached a photo below so all of my friends who genuinely horse ride can critique my form.

Learning to horse ride was just one of the many things that I did while on my summer J1 that I never expected or planned to do. I also ended up going backpacking in the High Sierra, mountain biking, cross country skiing and lots more! 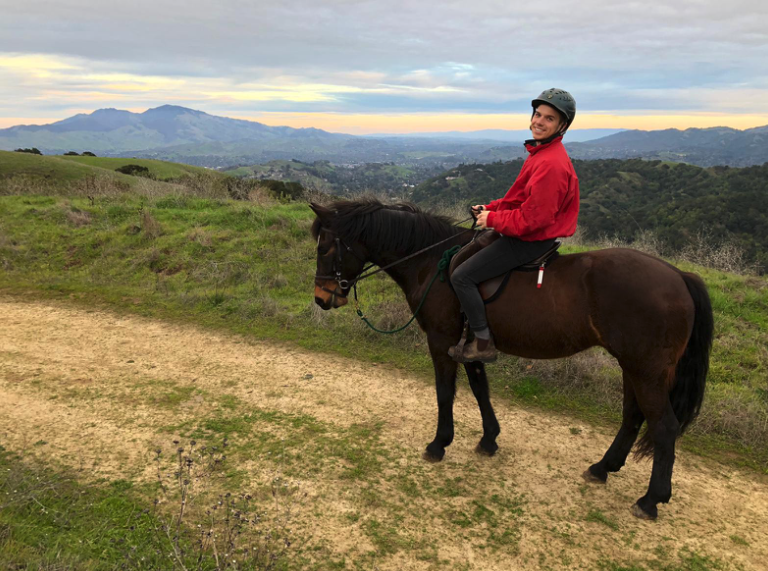 One of the things I would recommend most is staying in the Steep Ravine Cabins. They fit about 5 people at a squeeze but there are lots of cabins if you have a big group. They are located just north of SF in West Marin. They overlook Stinson Beach and Bolinas and are great if you have any interest in surfing as there are some great waves just a 5-10 minute drive away.

The cabins are self-catered and need to be booked well in advance. They have an unobstructed view of the Pacific Ocean and a big wood-burning stove inside.

And Now It’s Time For A Grad Visa…

When I returned from my Californian J1, I was immediately wishing I could go back; that is when the idea of the 12-month grad visa occurred to me. I am writing this blog from the Embarcadero in San Francisco having just arrived a few weeks ago. I graduated from Trinity with a Bachelor’s and Master’s Degree in Engineering and Management in May of last year. The grad visa requires you to find an internship in your university field of study but due to the broadness of my degree, I have lots of options. USIT made the process so straightforward and was always just a call away whenever I had any questions. I would recommend anyone to do the same and I hope you have found this helpful! 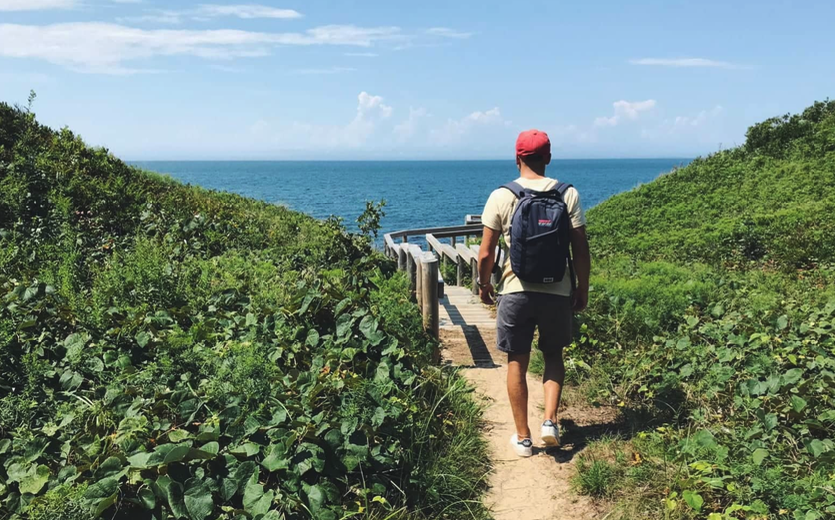 If Harry’s story inspired you to head off to America on a J1 Visa for the Summer or if you have recently graduated, on a Grad Visa, head to our website to see what options we have for you!