GAA in Sydney? Here’s What You Need to Know!

Elaine O’Flynn travelled the whole way to Sydney to start a new life only to rediscover her love of GAA. Joining the GAA community has made her new life seem not as far from home as it really is!

When I hung up my lovely orange Nike boots at the mature age of 15 in exchange for hockey goalkeeper pads, I couldn’t have imagined that 13 years later I would return to playing football with a new club, in a new city, with a championship medal around my neck and a bunch of new friendly arms around my shoulders. 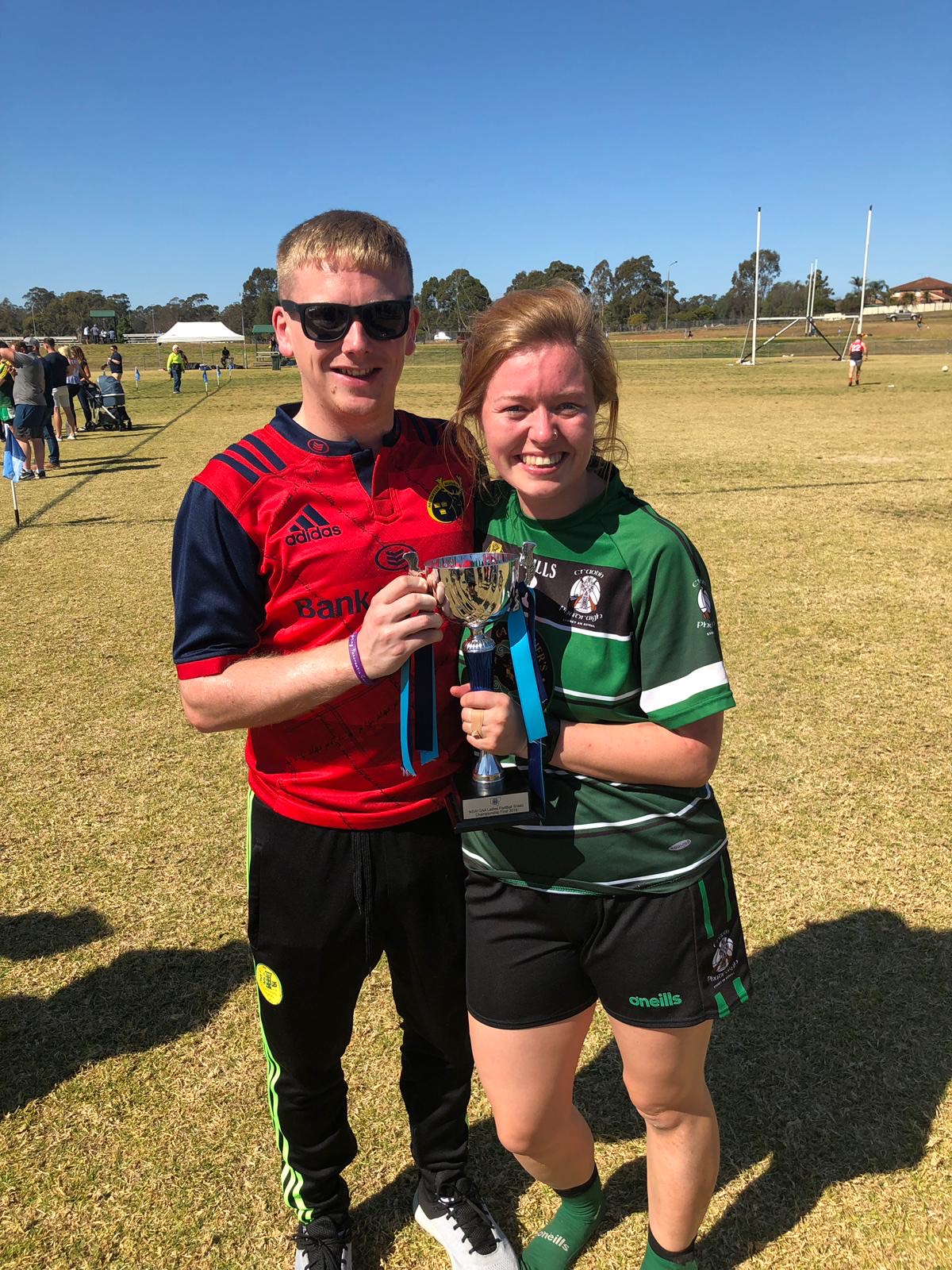 Never Too Far From Home

Moving halfway across the world to a new city can be exciting, daunting and often, lonely at times. However, through building a local support network, pushing my boundaries and most importantly re-mastering how to hop and solo, Sydney has begun to really feel like home. Whether GAA is or isn’t your thing, the community aspect it fosters in cities across the world cannot be ignored. From Singapore to New York, Santiago to Melbourne, Irish communities come together to puck a ball, have the craic and share a few stories over a few beers or during warm-ups (much to the annoyance of our coaches!!!). 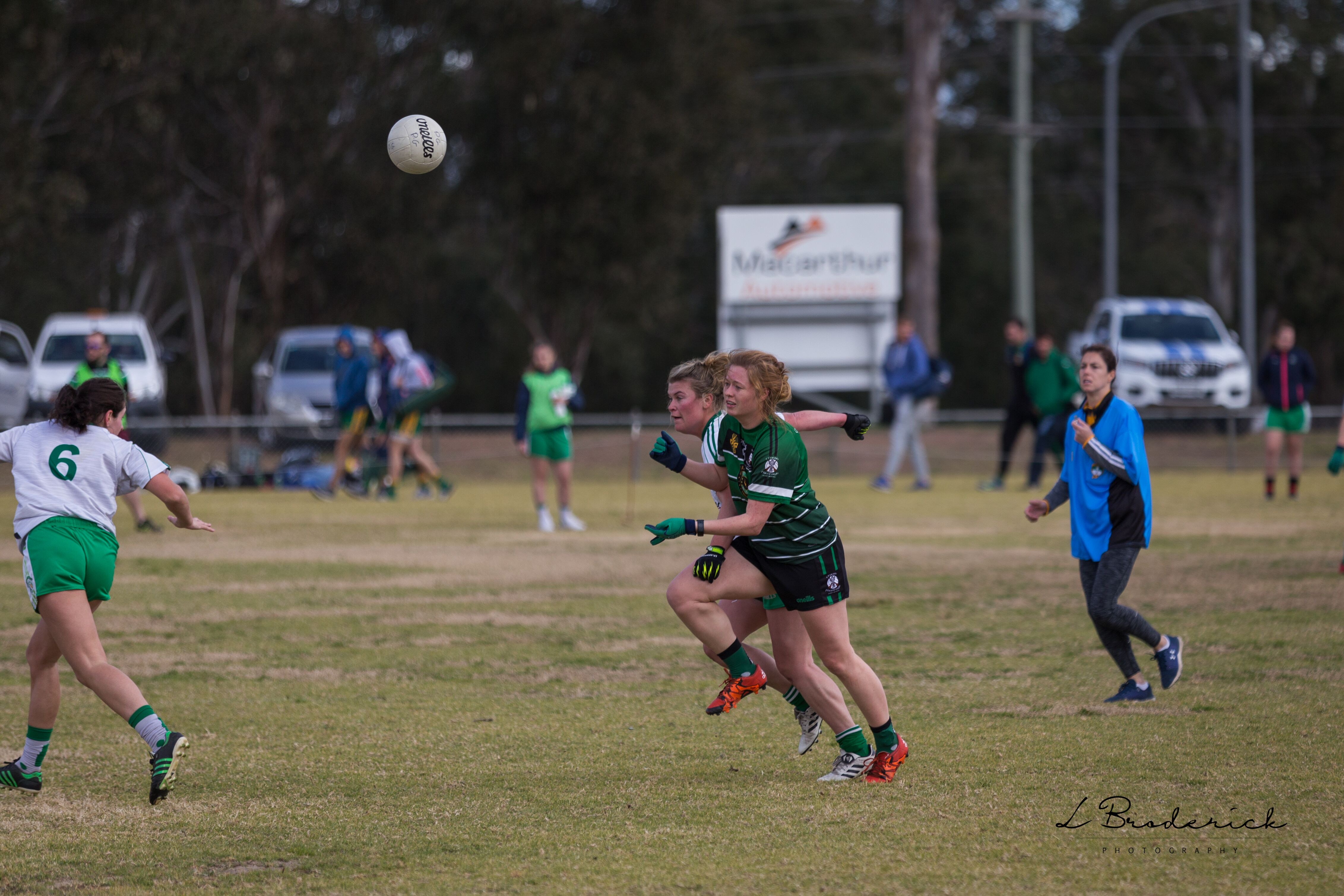 Whether you currently play or previously played, actively support or are a ‘social member’, the vibrancy and inclusivity of the international GAA community is accessible to everyone. The community aspect, for me and many like me, creates that sense of home away from home, it’s just a different version of home, with morning swims and countless barbecues and where our severe weather risks are for bushfires, not for ice or floods. So, mam, I guess you can blame the GAA for keeping me away longer than The “just moving for a year” I promised. 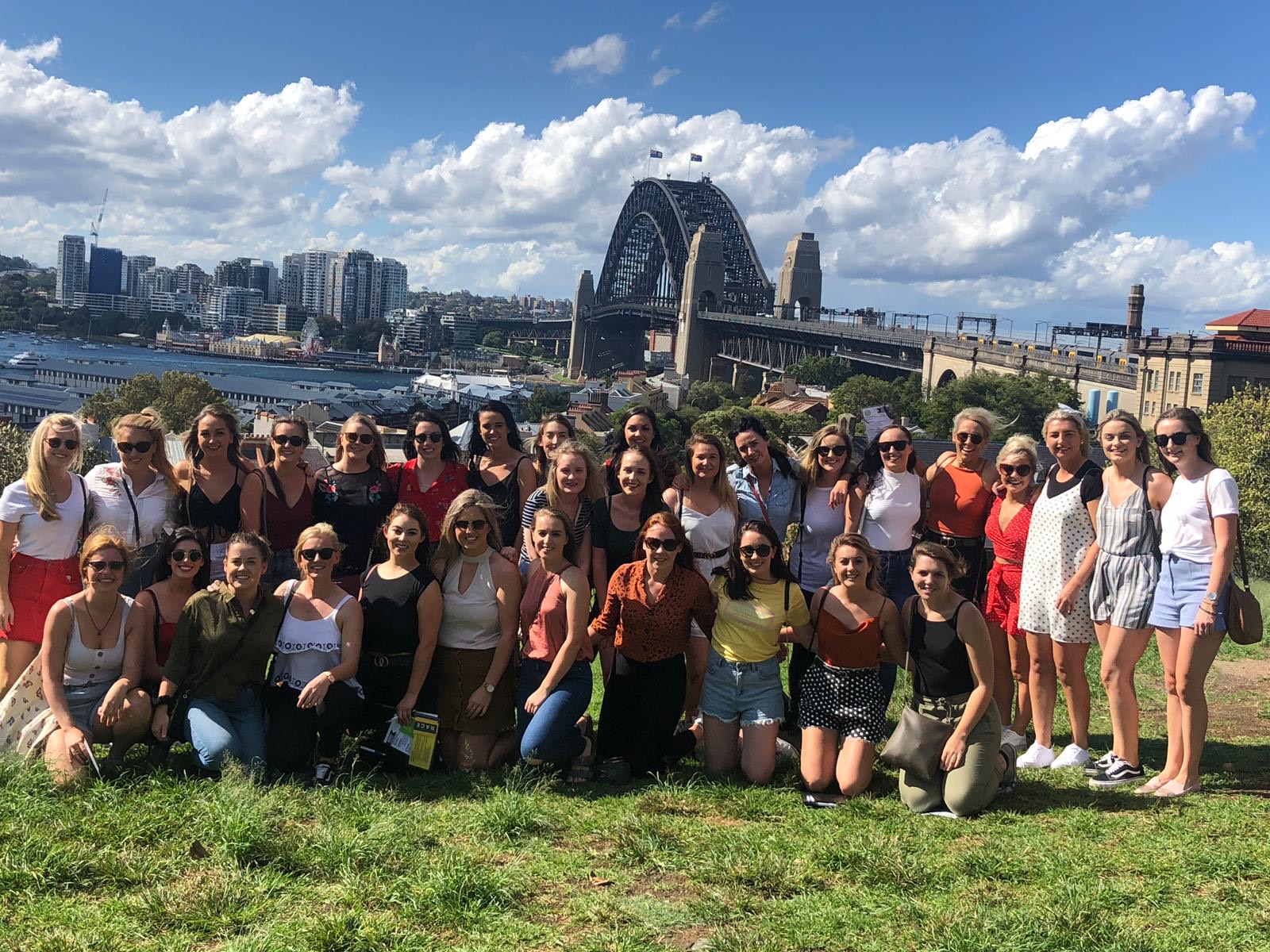 4 months after touching down in Sydney I decided to make my return to football. I was psyched. I had bumped into friends of friends in a local classy tea joint in Bondi when, after barely having introduced themselves, I was added to 3 different Craobh Phadraigh GAA WhatsApp groups.

The following week I plucked up the courage and after going it alone, I had hoped the rumours and drunken chats I had heard of the ‘Pats welcome’ were true. I pulled out my embarrassingly shiny new boots from their rebel sports bag and dosed myself in sun cream before nervously approaching this tribe of women taking over Centennial Park.

“Where are you from?” they asked. “Oh, do you know Aoife? Or Sean?…” was the reply and, in true Irish fashion, mutual connections were made, I had passed the test and the rest, as they say, is history!

I came away from that first session with a bright red face and a skip in my step, eager to get back to the next week’s training. I was by no means a good player, but I had made a few pals and found a group of girls who were also just ‘fresh off the boat’ like me. For me, returning to football was like riding a bike. Unfortunately for me, this bike was very rusty with a punctured tire but with the guidance of my new coaches, at least the sat nav was working and I knew I could only get better.

One year later and I well and truly feel a part of the Sydney Irish community after having really jumped in and been welcomed onto the Pats bandwagon. 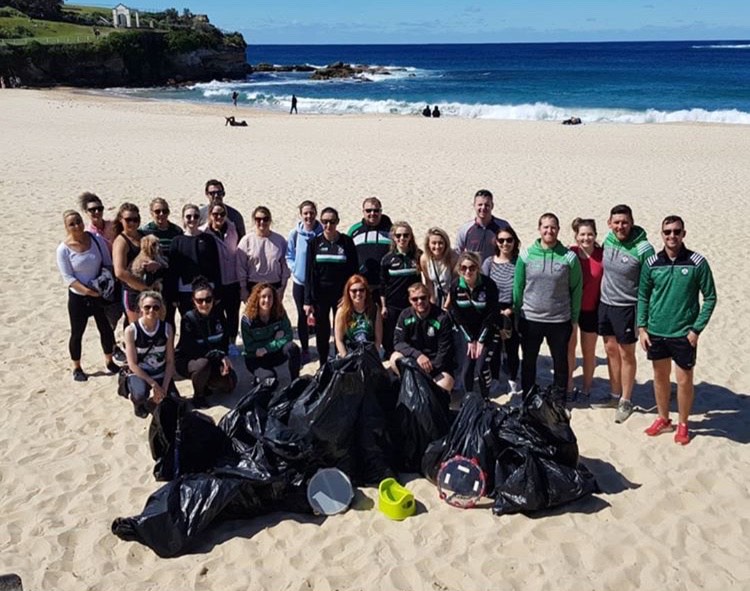 Put Yourself Out There

Arriving in a new place can be difficult and scary. When you join a Club like Pats you have at your fingertips a community that knows exactly what you’re going through and are always willing to include you in social events or share advice such as what area to live in, which recruiters to contact, or where to get the best pint of Guinness or Curry cheese chips (word on the street has it that PJ’s is topping that list at the moment).

One thing I didn’t expect from playing GAA in Sydney was the level of competitiveness. While all levels are welcome and beginners are strongly encouraged to take part (as I learned when I tried and failed with my two-week short-lived camogie career!), the standard of the game is as competitive there as at home. Weekly training sessions and matches, league, championships, club rivalry, it’s all here in abundance. It didn’t take long to learn that the atmosphere of “work hard and play hard” is at the core of the Club as I found myself fighting for a spot on the team, pushing my fitness and football levels beyond what I thought I was capable of.

But all the while, standing in between newbies and county players, I had found my place in the Club. This place was further cemented through our numerous Club and team socials. There’s no better craic to be found than post-match beers on a Sunday, the Melbourne 7s weekend away in February, Bingo Loco fundraisers, or a Club international skiing trip to New Zealand!

Although we’re hundreds of miles away in distance, the Irish community has just created a different version of the same home. Our version has morning swims instead of quivers from the cold, and kangaroos instead of foxes, but the Irish spirit still glows strongly and is frequently spotted swimming the waves in Manly, walking from Coogee to Bondi or kicking a ball around Centennial Park.

Whether you’re male or female, a newbie or county retired player, left legged or have two left legs, a local or fresh off the boat you’ll find a place in our community and we’d love to hear from you. (Unless that is you’re a lad looking for men’s football you’d probably want to give Young Ireland’s a shout for that!!)

Set off on your own Oz Adventure and join the St. Pat’s GAA club today. 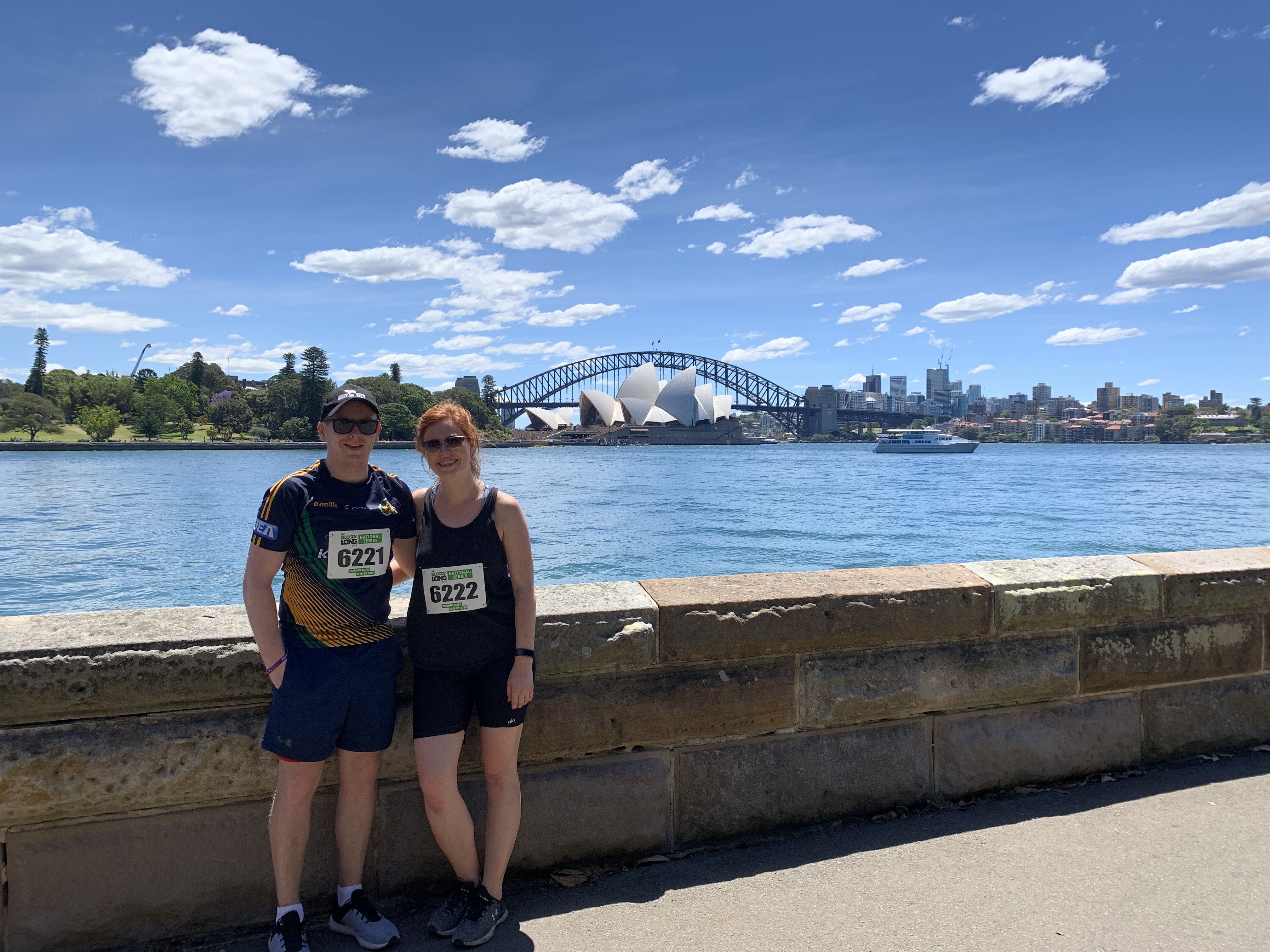